what I learned today


I have to tell you - I really struggle with this concept...


In preparation to lead the Young Woman's Group at Crossroads this evening, I've been studying the story of Mary and Martha.


Unfortunately I find myself siding with Martha, I can FEEL her annoyance at her little sister sitting at Jesus' feet, hanging on His every word - Mary knew and believed and valued that she was in the presence of God almighty!


I am ashamed to admit,  I would have been in the kitchen.  I might have been the one - banging the pans a little louder, clearing my throat in annoyance - attempting to get my little sister to come help me.  After all, feeding these people is an important thing!


Jesus' rebuke shows what He cares the most about. 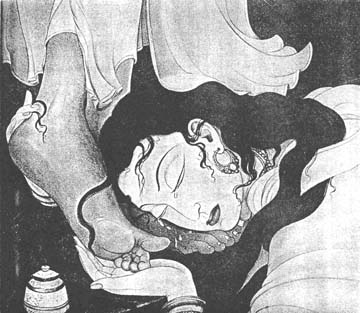 
Mary worshipped her Savior by desiring above all else to learn from Him, to quietly listen, to not be busy...and of course by preparing Him for burial when she anointed His feet.  I have never thought before about the probability that she had heard Jesus describe the time were the repentant prostitute washed His feet...  she heard Him describe the day that happened and what that symbolized, how that demonstrated true repentance and that the former prostitute recognized Him as her Redeemer.  Amazing.

So many times the stories seem isolated one from another in the Bible, but Jesus' followers were with Him and would have heard the stories, and witnessed the stories in some cases,  just as we share what is going on in our lives with our friends!  Often repeating the same stories over and over.  They were human just as we are - also desiring to do their lives with close friends and family.  Sharing everything they experienced with one another, discussing it, laughing over silly things and contemplating the difficult or unexplainable.


Jesus ALWAYS values worship over work.  And what we believe (faith) is always more valued than service.


MACARTHUR sums it up this way, "Worship (which is epitomized here by listening intently to Jesus' teaching) is the one thing most needed.  Service to Christ must always be subordinate to that.


In these hectic times, we all need to cultivate more of Mary's worshipful, listening spirit and less of Martha's scrambling commotion."


The last thing I want is to be described as is SCRAMBLING COMMOTION!


Unfortunately I fear I make way too much noise...
Posted by Lori Biddle at 9:53 AM