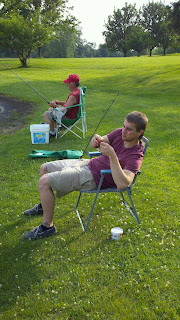 Yesterday finally felt like summer was really here as our family headed off to fish.  It was a riot - hooks nearly missing us as there was one bad cast after another.  My nephew's cast went so wrong the entire reel flew off!


Many large blue gill were hauled ashore only to be released again with a few nice sized bass being caught as well.

The worst thing of the night was the poor turtle that my sister caught!  My husband and son worked and worked to carefully remove the hook - finally resorting to cutting the end of the hook off to slide it out. 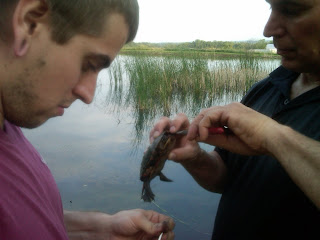 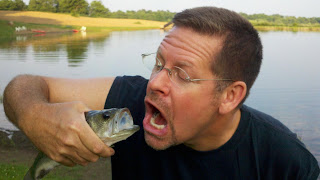 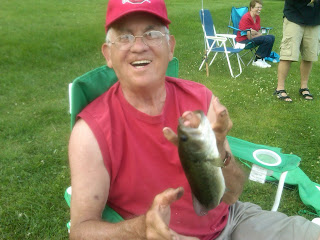 My brother in law looked a little too much like the wide mouth bass...frightening!
Laughter rang out and a great night was had by all...except the turtle.
Posted by Lori Biddle at 11:44 PM