Well it was another glorious weekend to be in the House of the Lord at Crossroads, as well as outside!! 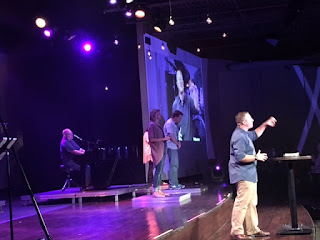 Pastor Dave wrapped up the Ecclesiastes series teaching us about Solomon's words concerning the vanity of life without God.  So powerful!

The unknown element of the weekend was provided when one of our lay-pastor's families decided they needed to do something connected to flood relief in Louisiana.  So we made a surprise announcement to our congregation that they too could be involved in serving the babies of Louisiana by contributing desperately needed baby items.  And it came piling in as soon as it was announced. We have the privilege of being part of an enormously generous church! 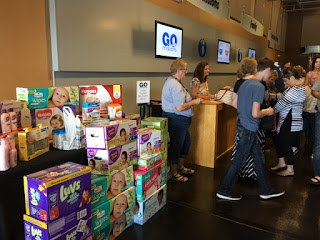 It takes a community to pull-off all the details in these services and events - and everyone steps up to play a part!   The parking lot guys moved from helping at Crossroads to setting everything up at baptism - here waiting for that first car to arrive!  I LOVE serving with these two faithful men! 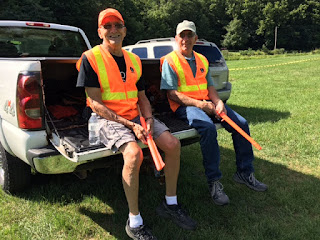 We moved from a powerful time of worship to the beautiful outdoors to baptize 60 people!  Seeing those 60 standing by the lake knowing that this decision represents a changed life, a life determined to follow Christ is nearly overwhelming!  We celebrated as each person entered the water.

Even though each person being baptized was equally exciting - the most powerful to me personally were parents baptizing their children and staff baptizing the students and friends whose lives into which they've invested time and teaching!

I'm not sure anything makes me rejoice more than seeing dad's who are obedient, strong followers of Christ moving their children through phases of spiritual maturity!  There were several dad's who got to baptize their children - 3 of them were staff members and one of our Elders. 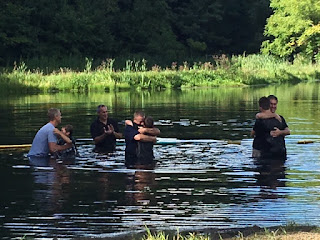 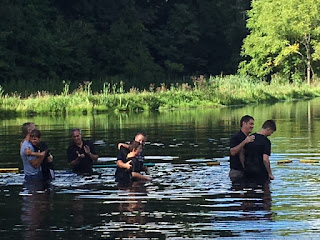 Scott VanLou's (Elder) testimony was so moving as he talked about his son and then the fact none of us knew, that his grandfather had been part of the people involved in creating the very lake in which he was baptizing his son!  This kind of story just doesn't randomly happen - God knew who had a story to tell and it was definitely Scott!  So powerful! 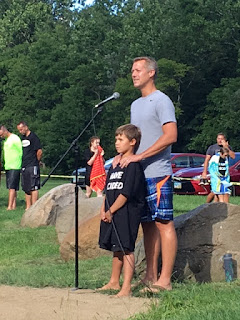 Dennis (one of our Crossroads Video Directors), thought he was just attending the baptism - but, joined right in to help us capture shots of this beautiful day! 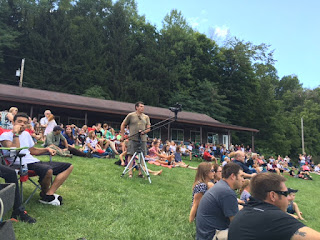 Thank you to all who served at Crossroads this weekend and at the baptism!

To watch our services go to crossroadswired.com

To see what other ministries used in their services go to theworshipcommunity.com