I have a friend named Dan. 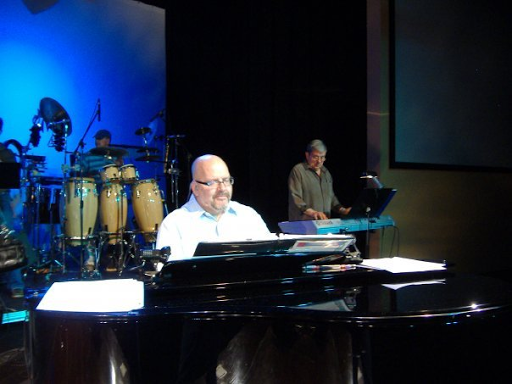 Nearly half of my life has been spent working in ministry with him, first at a Lexington church and then at Crossroads Church.

But I've always known of him even before we met.

His reputation in the community as the top choir leader, traveling with high school choirs around the country winning top honors everywhere they went, while leading congregations in worship was very well known.

He's a guy I admire for many reasons.  He has lead me personally to understand what true worship is as I've sat in worship services under his leadership!  He's treated me respectfully as I became his boss for many years even though he was the more qualified of the two of us at times.  And the early reasons I looked up to him was based on how ugly his experience was many years ago with his Christian community involving unfaithfulness, unfair loss of his job and sin in a previous local ministry, as well as his personal battle with illness.

I know many people who disagree with one thing in their church and leave instead of staying to work it out.  No church is perfect.  He never left until now as he retires.

I've seen him remain in the Lord, searching for His will and faithfully serving as he lead us in worship!

Talent is one thing, but a lifestyle that points people to the Savior is what I long for and that's what I've seen in Dan.

As Dan retires from Crossroads, I just wanted him to know how much I look up to him and how much his dependable, talented, kind leading will be missed!!  May the Lord bless you Dan in this new season!

Thank you for sharing this Lori ... I echo your words as Dan has touched my life and my husband's life. We wholeheartedly thank him for giving us the opportunity to sit under his leadership on the Praise Team at Crosswords for many years. We have learned so much both musically and spiritually from Dan over the years. We pray God will continue to lead Dan to people who need to be touched by this faithful servant in this next season of his life. Thank you from the bottom of Sandy & I's hearts for making a difference! We love you Dan.
Sandy & Cheryl Hadsell